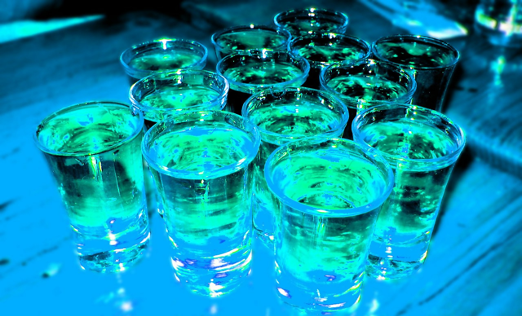 Over Glorifying Drinking: It Doesn’t Make You Cool

With the school year starting up again and the fall being one of the most popular seasons for teen partying, it’s time to hear the reality behind underage drinking. Hanging out with friends and getting together on the weekends is a normal part of being a teenager. Partying however, takes things to a new level.

If you’ve ever seen movies like Project X, or shows like Blue Mountain State, even tame series where partying isn’t the main focus, like Friday Night Lights, you know partying is chalked up to look like a thrilling experience that quickly elevates your popularity status 10 points. Well, it’s an unrealistic expectation. Celebrating the football teams’ big win with keg stands might look cool, but it feels terrible. Doing things you would never do in another setting doesn’t make you more popular; it probably will haunt you with regret. Partying is completely over glorified, and not what it seems. Do it for the gram… sure. But do the pictures show what’s really going on? No way.

Being drunk can come with: vomiting, nausea, loss of consciousness, incoherent speech, clumsiness, and delayed reflexes, not to mention the very real chance of overdoing it and ending up with alcohol poisoning. Obviously these are just the physical effects and don’t include the risk of legal trouble. Drinking comes with great responsibility and understanding of the risks associated, hence the law of 21.

Not everything your parents say is right, and it’s definitely true that they don’t know what it’s like to be a teenager. But, they lived this too. So when they say drinking does not make you cool, fight all urges to argue, because guess what? They’re right.